Hello, lovely readers! It’s time for Which Cover Wednesday! Which Cover Wednesday is a meme I host where I compare two different covers of the same book and give my opinion on which does it better. And feel free to join in on the fun as well, by commenting about these covers in the Comments Section below. Here are this week’s covers:

Love that first cover! While both books share a similar background, I like how the model is front and centre in this one as opposed to being on the side. Also, the typography’s slightly more fancier and having that dress doesn’t hurt! 😉

First cover! It just conveys a much more darker tone to the novel, rather than the second cover, which looks like a soap opera…

3. My Blood Does Approve by Amanda Hocking

This time, it’s the second cover! It looks more “put-together” than the first one, with its beautiful typography, the placement of cover art and model. The first cover, on the other hand, doesn’t make as much use of the space and looks more empty than the second cover…

4. Darkness Becomes Her by Kelly Keaton 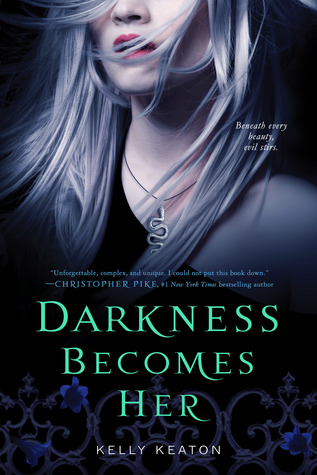 OMG! I’d go for the second cover in this case. The layout is more appealing to me, with an understated gate depiction on the bottom of the cover. There’s also the necklace of the model, which suggests a component of the story. And what about that windswept hair? That was nicely done! 😉

Well, that’s it for this week’s Which Cover Wednesday. Were there any covers you liked or disliked? If you have any thoughts on these covers, I’d love to hear about them in the Comments Section below! Thanks for reading! 😉

11 thoughts on “Which Cover Wednesday 30”